The uniqueness of our region is characterized by the presence of the planet’s deepest and purest lake on its territory – Lake Baikal.

It is located in the centre of the Asian Continent and stretched from south–west to north-east approximately between the latitudes of Voronezh and Moscow. The deepest point of the lake is 1,637 m. The length of water surface is 636 km. The total area is 31,500 km2, the maximum width is 79 km, and the minimal width is 25 km. The length of the coast line is about 2,000 km. The volume of water mass is 23,000 km3 which is almost equal to the volume of all the five Great American lakes and makes up 20 per cent of world reserve of ground fresh water. Quality of fresh water makes special value, it is saturated with oxygen with a low content of mineral salts (96,4 mg/l) and organic substances.

However, the main treasure of the Baikal region is its flora and fauna. Out of more than 2,500 species and subspecies of plants and animals known at present, two thirds are endemics and occur nowhere else in the world. The fauna of invertebrates numbers to over 5,000 species and has been insufficiently studied so far.

About 50 fish species of ten families inhabit Baikal. Almost half of them are endemic goby fishes of the family of miller’s-thumbs and golomyankas. Salmonidae species are omul, whitefish, grayling, lenok, taimen. Other fish families are represented in coastal shallow waters by burbot, perch and dace. The rest carp species and pike inhabit coastal shallows (“Baikal sor”). This group also includes new incomers: Amur carp, bream, Amur sheat-fish and rotan. The lake mammals are represented by the Baikal seal or nerpa. Loach “davatchan” and sturgeon are enlisted in Red book. Among other animals inhabiting the region, the following refer to rare species: snow leopard, Daurian hedgehog, bustard, manul.

The Baikal region represents a natural laboratory for studying various geological processes. To begin with, it is a giant intracontinental rift structure formed 25-30 million years ago as a result of the Earth crust split. Holocene volcanism, hydrothermal springs and frequent earthquakes with intensity up to 9-10 points, indicate its relatively young age. The geological development of the lake trench with basic sediments up to 7 km deep, might be taken to be a natural phenomenon. Those loose sediments have been formed during 25-30 million years; they stored the specific information about the natural-climatic conditions under which they had been accumulating.

The most remarkable peculiarity of Baikal is its age. From which time, which geological period of Earth’s history does the Glorious Sea start its chronology? “Great is the mystery,” – such would be the answer of a strict scientist. Nevertheless, when speaking about the age of Baikal, one would be most probably correct if he kept to a certain order of values. Taking into consideration a deep relict endemism of the lake fauna, the majority of researchers define its age as 20 to 30 million years. Such a long-term existence of the lake might seem to be unreal, as a vast majority of lakes, especially of glacial and oxbow origin, live 10 to 15 thousand years, then get filled up with sludge, get covered with mire, and sooner or later turn into swamps and finally get dried up.

Baikal is one of the oldest and, apparently, most reliable long-livers among the lakes all over the world. Since the rate of sedimentation on its ground is 4.1 – 4.5 cm per millennium, hopefully, it’ll live on for at least a few dozens of million years more. 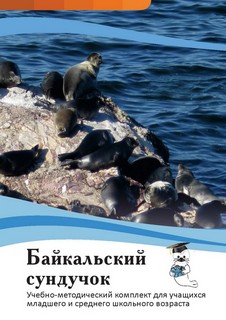 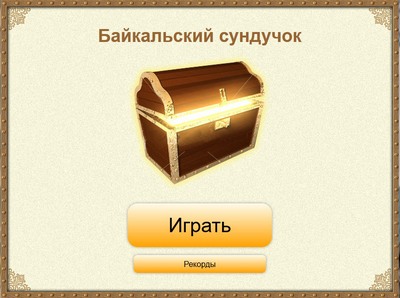